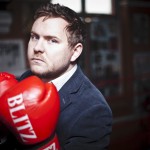 Mark Grist: Rogue Teacher
Mild-mannered English teacher Mark Grist became a worldwide internet sensation when his rap battle against seventeen-year-old grime MC Blizzard got two million hits on YouTube. But how did this peculiar event and the ensuing media cluster whoops occur? Mark Grist is a word geek. The journey that this obsession inspired is weirder than Marilyn Manson in tweed flip-flops. One man’s story about the importance of being passionate, and the surprising benefits of being able to recite the alphabet backwards.
Support comes from Toby Thomson, who, at just eighteen, is one of the most exciting and impassioned voices to emerge on the scene in years. Already snapped up by the RSC and touring with Dizraeli and the Small Gods, this fledgling wordmonger is not to be missed. 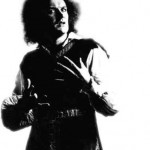 Alan Clayson – In the wake of the long-awaited new edition of his Jacques Brel biography, Clayson Sings Chanson is an enthralling presentation whose origins lie in 1999’s acclaimed Ne Me Quitte Pas: A Celebration Of Jacques Brel, an all-star album on which Alan Clayson’s contributions were highlights.

The recital, however, will appeal to both Brel devotees and those interested generally in Gallic culture – because, although the lion’s share of the repertoire is from Brel’s portfolio, there are also items by other chansonniers, Gallic and English, and ventures into curious but connected realms. Crucially, the majority of the lyrics are in English – and, though the show begins with a brief explanatory talk, the overall effect is at least as entertaining as it is educational.
Word of Mouth at BOV
Monday, 14 May
8.00 pm
King St,
Bristol
Tickets: £8.00/6.00
Box Office: 0117 987 7877 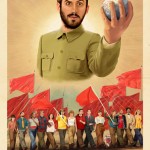 Tim Clare “How to be a leader”Overthrown your corrupt government and wondering what to do next? Love democracy (in theory) but prefer power, golden statues and tons of sweet loot? Channel 4 presenter and author Tim Clare can help. Armed with generic Frazzles, totally scientific diagrams and a water pistol, he explains how Willy Wonka inspired the Jonestown Massacre, and celebrates history’s most inspirational women in a no holds barred battle rap royale.

Praise for Tim Clare:
“without question, one of the most enjoyable hours I have ever spent” ***** Three Weeks

“thoughtful, original and humane, one of the best Fringe shows I’ve seen in ages” ***** Fringe Guru 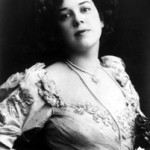 Victorian superstar brought to life‘An Audience with Dame Clara Butt’ tells the story of the Victorian superstar who began her career in Bristol. A blue plaque marks the house in Bellevue Road, Totterdown, where she lived as a child in the 1880s.

Standing at over six feet tall, and with a voice that some said could be heard across the channel, Clara Butt was an imposing figure.

The 45-minute performance includes music by Elgar and Saint-Saens and imagined conversations with Dame Clara’s contemporaries and an opportunity for the audience to join in with her ‘smash hits’, Land of Hope and Glory and Rule Britannia.

Alexandra Denman, who sings and directs with Bristol Opera and regularly presents the Evening Post Christmas Concert at the Colston Hall, will be taking the lead role.
She will be accompanied by pianist John Bowen and actor Ian Bouncer, who plays a number of characters including Queen Victoria and composer Edward Elgar.

An exhibition about the contralto will also be on show.

A QUICK SHOUT AT THE WORLD

An evening of desperate interior monologues, short fictions of dubious taste and the odd jolly story for those who want to be entertained. If you’re fainthearted, easily upset, or weak in any way, do come along.

Trevor Coombs graduated from the University of Bristol Diploma in Creative Writing with distinction. Since 2003, he has been writing historical novels with commercially suicidal literary aspirations – that’s what the rejection letters say. Between the novelistic solitude and stultifying graft of getting 100,000 words in the right order, he writes antidotal short pieces as a way to feel human again, and shout quickly at the world.

Joel Kirby combines a classical English folk style with the chanson tradition and occasionally the melody is tinged with 60s psychedelia. Kirby’s stage presence is sometimes awkward so it comes as a surprise when he delivers a set of beautiful guitar work to accompany his bitter-sweet songs.
There’s a mournful air to his work, yet the poetry of the music and lyrics is uplifting. An evening with Joel Kirby is an intimate affair, we share his melancholy, we rage with him against injustice, we chuckle knowingly at his dark humour and we leave having experienced something fragile and beautiful. 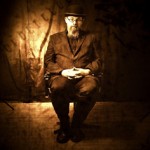 8.00 pm, Monday March 12
Bristol Old Vic
King St
Bristol
Tickets: £6.00
Box Office: 0117 987 7877There are fine lines between genius and insanity, and the following performers wrote most of them. This March we offer you a gibbering gaggle of leftfield lyricists. Guaranteed to locate your funny bone, baffle it with words and then feed it to an Ocelot that doesn’t exist.
NATHAN FILER– I’ve alternated between begging him and threatening him with nipple twisters ever since WoM started. Finally he’s acquiesced and agreed to grace our stage. It turns out he just wanted paying (That’s not true, he’s actually very benevolent, like Jesus or the dog from the Littlest Hobo. He’s doing it out of Love.)

Even The Doctor is a fan:

“If the devil has all the best poems as well as tunes then Nathan Filer must have signed a Faustian pact.” David Tennant

Rob Auton – Oddball genius, spoken word icon and co-host of ‘Bang Said the Gun’ (Widely regarded as one of the greatest stand up poetry nights on the planet).

He is happy “like a dolphin on a T-shirt when it gets put in the wash”
He is sad “Like an ice sculpture of Morrisey praying for the sun to come out.”

Word of Mouth
presents
To the Pub and Beyond 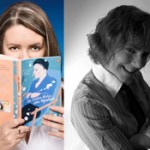 The Thunderbolt takes you from modern day single life to post-apocalyptic Britain all in an evening and for free. Through the words and scary imaginations of Emma Newman and Angie Belcher.

Emma writes dark short stories, post-apocalyptic novels and records audio books in all genres. Her debut short-story collection From Dark Places was published in 2011 and she’s celebrating the recent publication of 20 Years Later, her debut post-apocalyptic novel for young adults. Emma recently secured funding to write a new five-book urban fantasy series called the Split Worlds and is releasing a short story every week set there. Her hobbies include making Steampunk costumes and playing RPGs.

Angie Belcher is stand-up, poet, actor and writer. Fresh from her touring show “Not a Natural Girl” – her highly confessional and frank take on modern singledom – she can be found on stage around the South West dishing dirty stanzas and awkward observations. An accomplished comedy actor and writer, she has performed and written for stage, screen and radio with her energetic style. Her live work has been described as fruity and not for the feint hearted.. 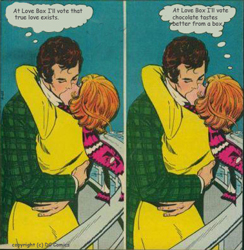 Two crack teams of highly skilled word warriors will be pitting their similes against each other to find out whether love is a beautiful bond that gloriously unites our disparate souls or just a biological imperative conning us into spewing rug-rats and buying over priced greetings cards. WHO WILL WIN? You decide.